In 2015 was released his first solo album “About Her”: Eight rock instrumental guitar oriented songs composed, played, recorded and produced by Simone himself. The songs range between various musical genres without losing the grit and passion of rock. Reading songs names, as well as listening to them, it is not difficult to find explicit references to great names of guitar and music: There is the technical and energetic rock of Eddie Van Halen, Steve Vai or Joe Satriani, the pop rock of U2 and Tears for Fears and even the more electronic side of Depeche Mode and Bjork. The melancholic Reggae of Bob Marley and the lyricism of David Gilmour up to the noise of Nine Inch Nails, the alternative of Radiohead or Muse, the vaguely Beatlesian psychedelia.

Whether they are caressed atmospheric guitars or rocking energetic ones Gianlorenzi always maintains a style and a personal voice on the instrument both as  performer and as  composer. 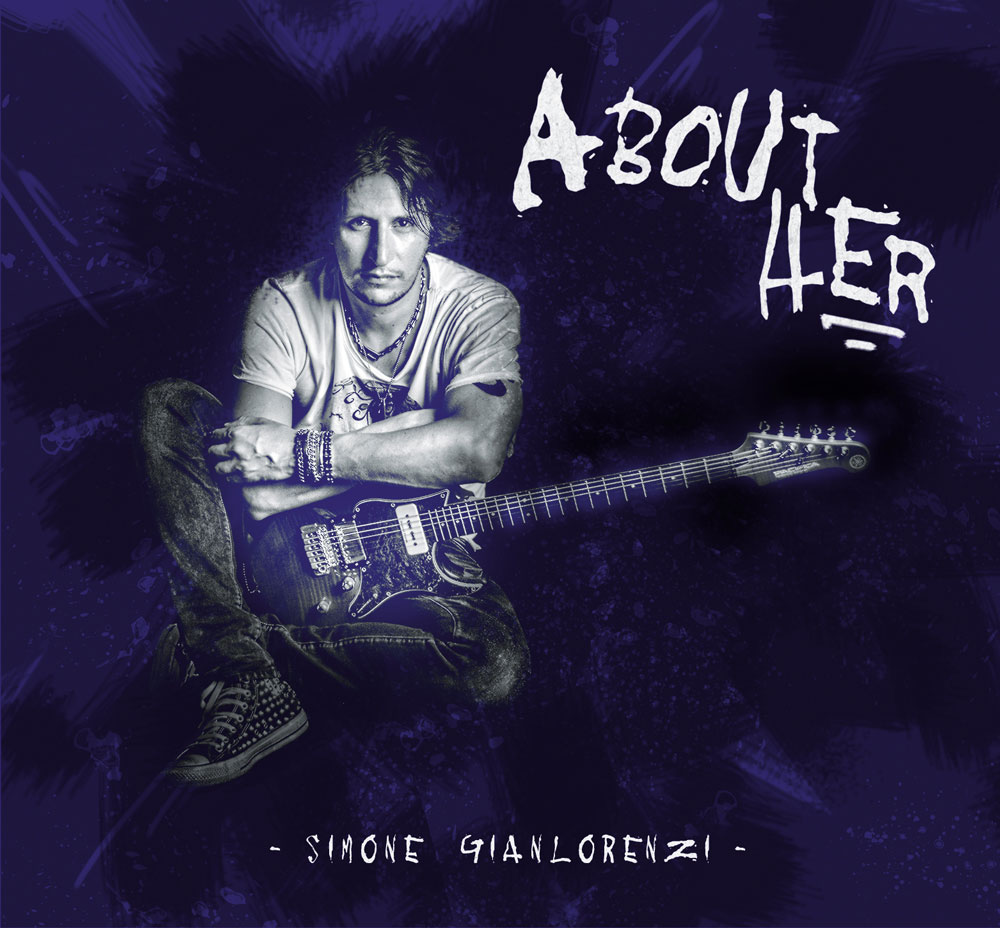 A key element of this album is the conception of the guitar that is absolutely the main instrument but without being unnecessarily predominant, leaving respectfully the right breath to the compositions. Not a claustrophobic guitar album, but an album that can be enjoyed by non guitarists who loves guitar and instrumental music.

In January 2020 was released a new single as an anticipation of the next album. It’s the rock instrumental remake of Anastacia’s “Left Otutside Alone” as a tribute to the American superstar with whom Simone had the pleasure and honor of playing on tour.

Nowadays He is currently working on three new albums which will be released very soon.

This website uses cookies to improve your experience while you navigate through the website. Out of these cookies, the cookies that are categorized as necessary are stored on your browser as they are essential for the working of basic functionalities of the website. We also use third-party cookies that help us analyze and understand how you use this website. These cookies will be stored in your browser only with your consent. You also have the option to opt-out of these cookies. But opting out of some of these cookies may have an effect on your browsing experience.
Necessary Sempre abilitato
Necessary cookies are absolutely essential for the website to function properly. This category only includes cookies that ensures basic functionalities and security features of the website. These cookies do not store any personal information.
Non-necessary
Any cookies that may not be particularly necessary for the website to function and is used specifically to collect user personal data via analytics, ads, other embedded contents are termed as non-necessary cookies. It is mandatory to procure user consent prior to running these cookies on your website.
ACCETTA E SALVA